Private School getting Affiliated as a Sainik School 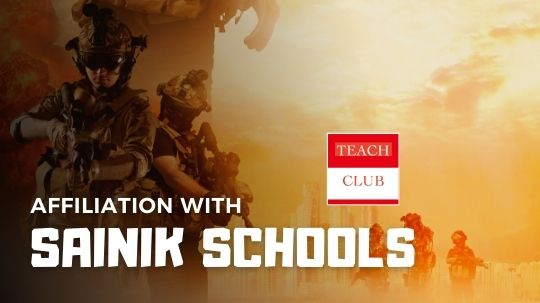 I am an alumni of Sainik School Rewa and loved every moment I spent there. It was a government school spread over 300 Acres with lush greenery in a Mofussil town, a great sports infrastructure, fully residential and gave scholarships to students from poor background and those from reserved category. The Sainik School is built over the idea of prepare, encourage and motivate students to join armed forces as officers. They have been largely successful too, every year 10% – 30% of the batch going the National Defence Academy. In a press release the ministry has mentioned that close to 7,000 officers who have served the defence have been from Sainik Schools.

What are Sainik Schools

Sainik Schools are managed, started and funded by Ministry of Defence. Each and every state of India has its own Sainik School/Schools. The fee is paid by the students and it does have lot of scholarships built into it based on caste, income and other parameters. The Principal, Head Master and the Registrar are always defence personnel at Sainik Schools and the rest of staff is civilian who stays at the school campus. MoD run Sainik Schools with the help of state government, MoD provides annual funding, and serving officers in the key roles. The State governments provide the land, infrastructure, and other teaching and administrative employees.

Since the Sainik Schools are all fully residential, there is a huge emphasis on Physical Education and NCC activities. For students in Class XI & XII, the school gives special emphasis to Entrance Exam for the National Defence Academy and subsequent preparation for the interview if the students are through the first stage.

The Modi government in 2021 had approved the proposal for launching of Sainik Schools in partnership with NGOs/Private Schools/State-owned schools on affiliation basis with Sainik Schools Society. These schools would function as an exclusive vertical, which will be distinct and different from existing Sainik Schools. In the first phase, 100 affiliate partners were proposed to be drawn from States/NGOs/Private partners.

Under the scheme of the opening of 100 new Sainik Schools, approved by the Govt of India, the Sainik Schools Society is in the process to grant approval to the interested schools to function under its aegis.  These schools will be affiliated to Sainik Schools Society under this Ministry to create a system that combines academic rigour with a degree of discipline to provide increased focus on value-based education which will enable the children to develop pride in the rich culture and heritage of the nation. The aforementioned initiative is expected to meet growing demand for Sainik Schools and provide effective physical, psycho-social, spiritual, intellectual, emotional and cognitive development besides qualitatively improving the youth entering the various walks of life.

What is the benefit

The requirement is fairly basic and if you a CBSE/ ICSE Affiliation, then mostly you are on. The current guideline lists the following;

What it means is School who are equipped to carry out Day Boarding Facility will qualify easily, to maintain a 10 hour routine, schools should have the following

I believe the schools which are struggling financially or have shut down esp. boarding schools, this is a good idea. Though if the government starts sending students through their entrance exams to these school will be even better. The alumni of Sainik School has done exceptional in civilise as well, since all the students are very good academically because they come through a state-level entrance exam. This is a very nascent stage, I hope this initiative will act as a great case study for Public-Private Partnership.

Get in touch
Follow me
Latest posts by Abhiney Singh (see all)
Tags:Sainik School